Patience Pays Off for Pia Virginia Fortmuller and Frieda 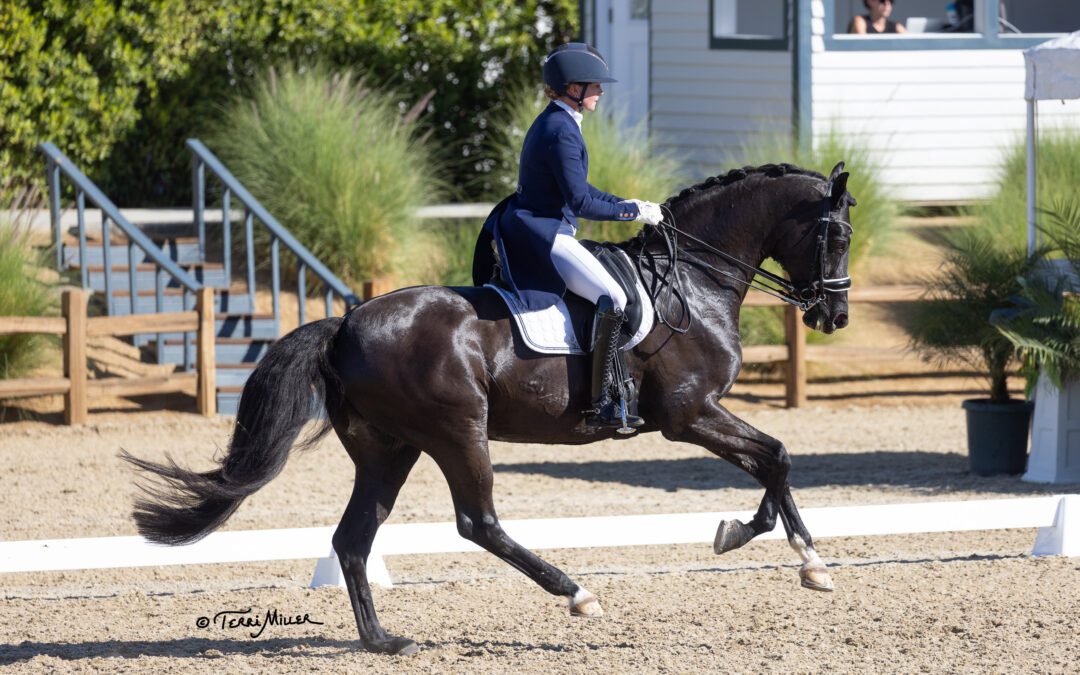 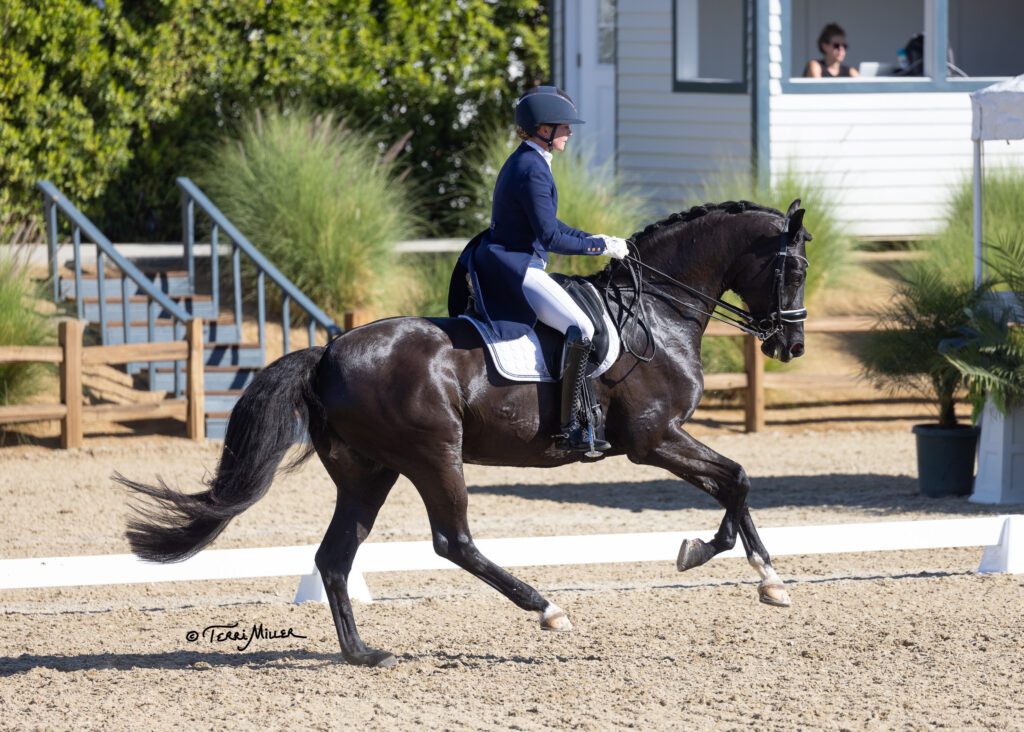 Second-place honors in Friday’s Four Winds Farm FEI Grand Prix went to David Blake and Leslie Allbright’s First Perfect with a score of 66.359%. Third place was awarded to Tina Caldwell and Marcia Sutherland’s Lagerfeld K with a score of 65.924%. The winning Adult Amateur rider was Laura Maloney and the Maloney Pony entry Stella 1023, earning a score of 63.424%.

Fortmuller has owned and ridden the 11-year-old Hanoverian mare (Fürstenball x Roulettoa) since her 2-year-old year. “She’s our very special gem that I’ve ridden right from the beginning,” Fortmuller remarked. “This is her first year at the Grand Prix and it’s been a very special year because it’s been a big step up. She’s a mare so she’s very sensitive. Just having had her her entire life has been a big help so we can continue developing our relationship and helping her be the best she can be.”

“It’s been a very special journey with her,” Fortmuller continued about her path with Frieda. “My boyfriend was the one who discovered her as a 2-year-old. He’s a farrier, so he discovers all our young horses. He has a good eye for foals and young talents, and he just had a gut feeling with this one.” 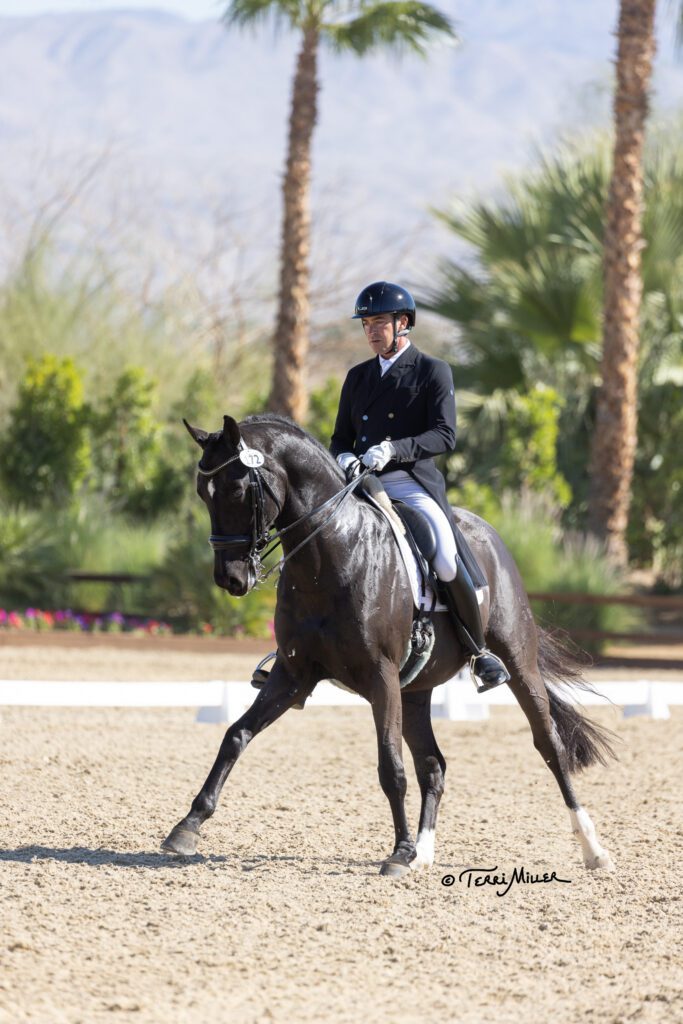 Coming off a long break from Grand Prix action, Fortmuller felt a bit rusty herself but knew she could put her trust in her long-time partner Frieda. “I haven’t shown her in a bit actually,” the Calgary native continued. “We spent last season in Florida and that’s where she did her first Grand Prix. I haven’t shown her Grand Prix since May. She was really good; I was a little bit rusty, so there’s lots to improve on but that’s the name of the game. I was really excited about her Piaffe Passage so that was the highlight today.” 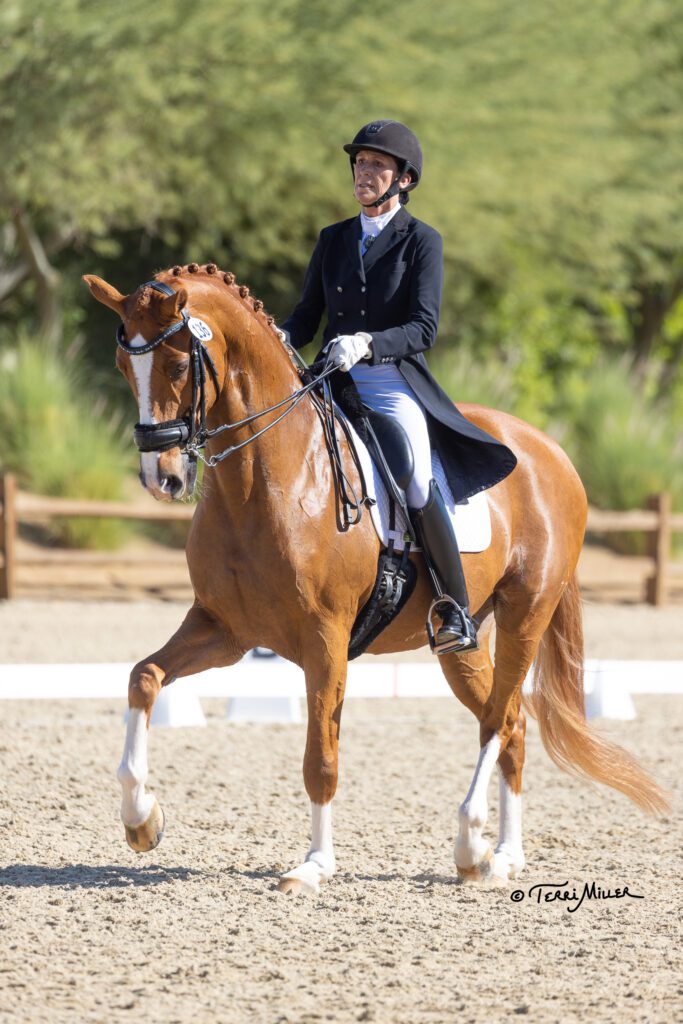 This week marks Fortmuller’s first time to Desert International Horse Park and the first time in a long time she has opted to spend her winter season on the West Coast.

“We were very impressed with the whole facility,” Fortmuller concluded. “It’s really cool to see the development. The fact that they have so many shows and so many CDIs, it’s so nice to have that much available. We thought we’d give it a go! My sister is a jumper so I know California remains really competitive for jumpers, so it’s really nice for the dressage that they have just as many options and shows.” 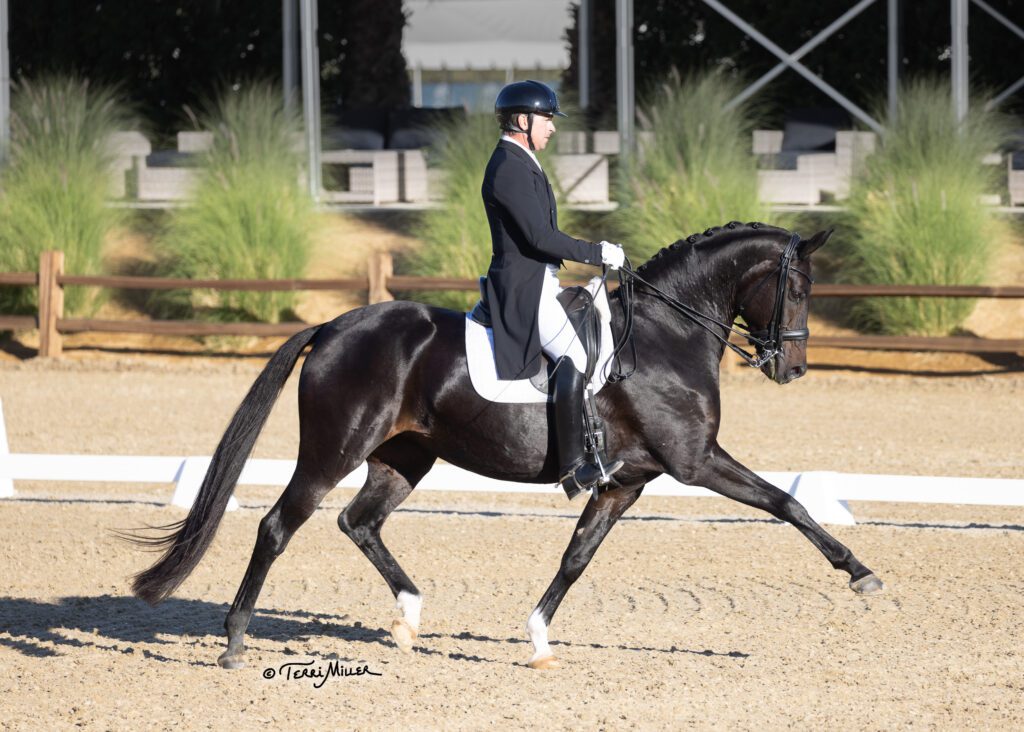 Earlier in the day Friday, David Blake took top honors in the Adequan® FEI Prix St. Georges with Fürstin Delia (Fürstinball x Blue Hors Don Schufro), owned by Patti Thurman. The pair received a score of 74.926% to take top call in the class. Elizabeth Ball and the Cadence LLC-owned Vivalia placed second with a score of 71.102% while Jo Moran and Reine Noire GWF, owned by Victoria Cotchett, took third with a score of 69.779%.

Desert Dressage I continues Saturday, October 29, with the Four Winds Farm FEI Grand Prix and the EurEquine FEI Intermediate I.