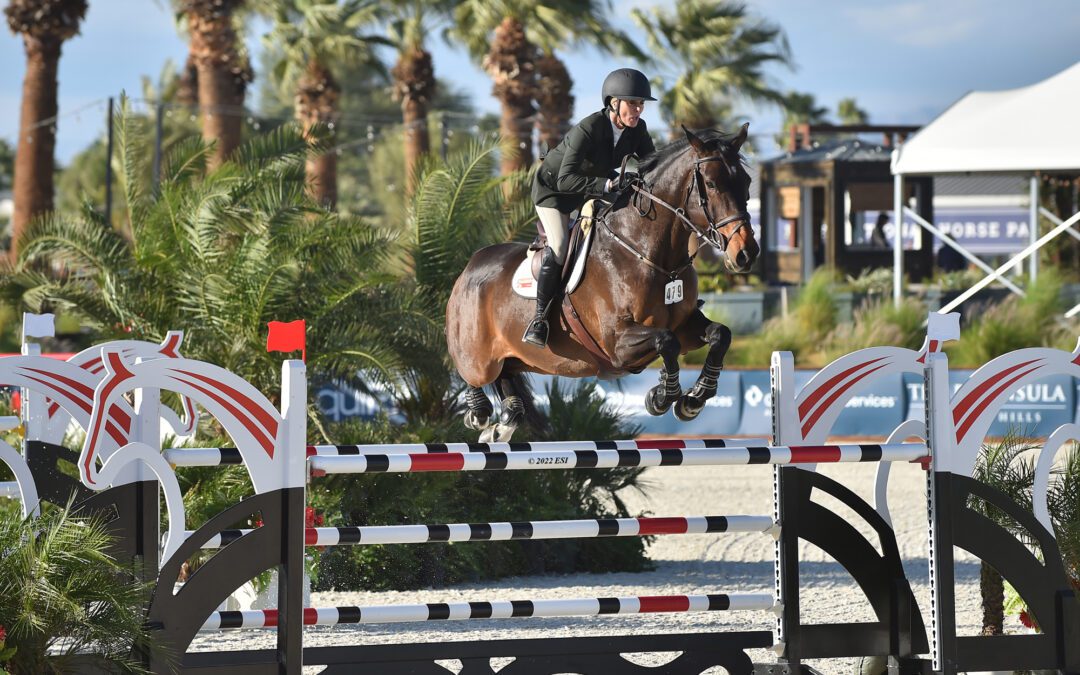 Joie Gatlin secured the first big victory of the 2022/2023 season at Desert International Horse Park (DIHP) in Wednesday evening’s $10,000 San Marcos Training 1.35m Welcome Speed. Aboard Cruz, Gatlin went early in the order of 43 and navigated her way to a time of 57.437 seconds, taking an early lead and holding it through the end of the class. 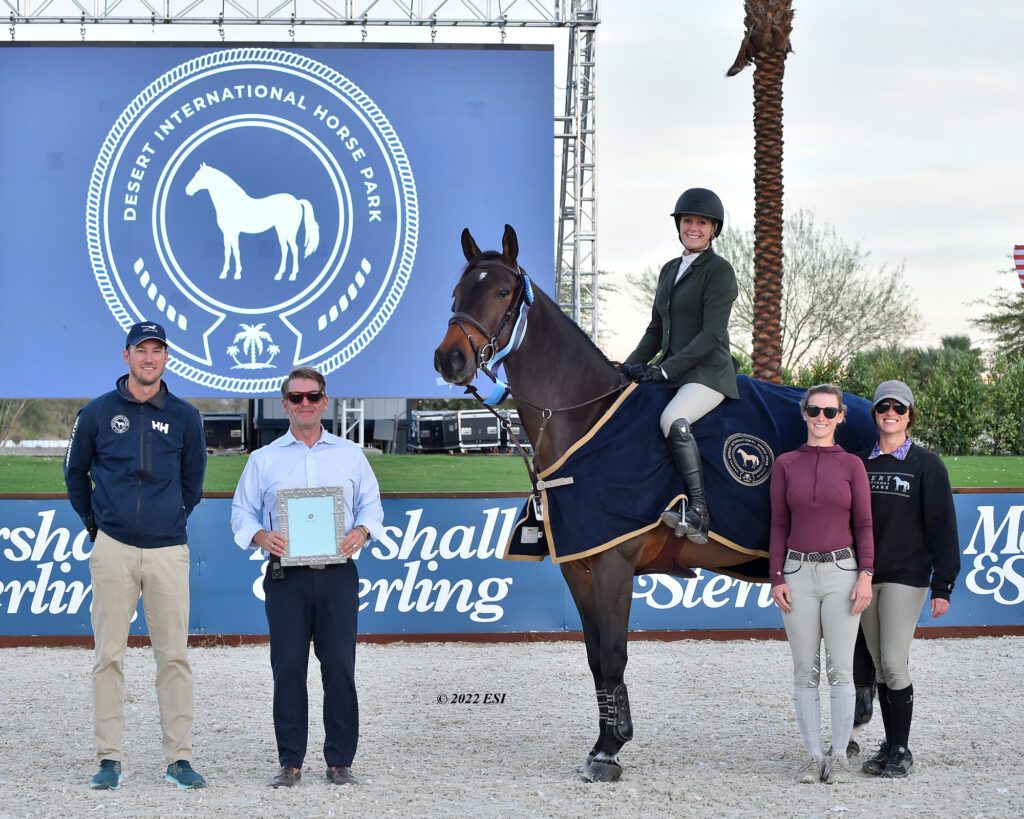 The only pair to come close to Gatlin’s time was Keri Potter with Bisou, owned by Tres Palomas, in 58.168 seconds, slotting into second place. Cassio Rivetti fell just a hair behind in third with Caron Jmen in 58.852 seconds.

Having previously won the same class during Desert Circuit 2022, Gatlin’s mission was the same this time: to prepare the horse for higher-level competition with its owner, Kate Hovland. “[Kate] will actually be taking over the ride on the weekend in the Junior/Amateur Jumpers and maybe the [$30,000 1.40m Classic] on Sunday,” Gatlin said. “So this was a nice setup class for him to get him in the ring, get him on the gallop, get him looking for some turns, and get the stride opened up. It served a good purpose today.” 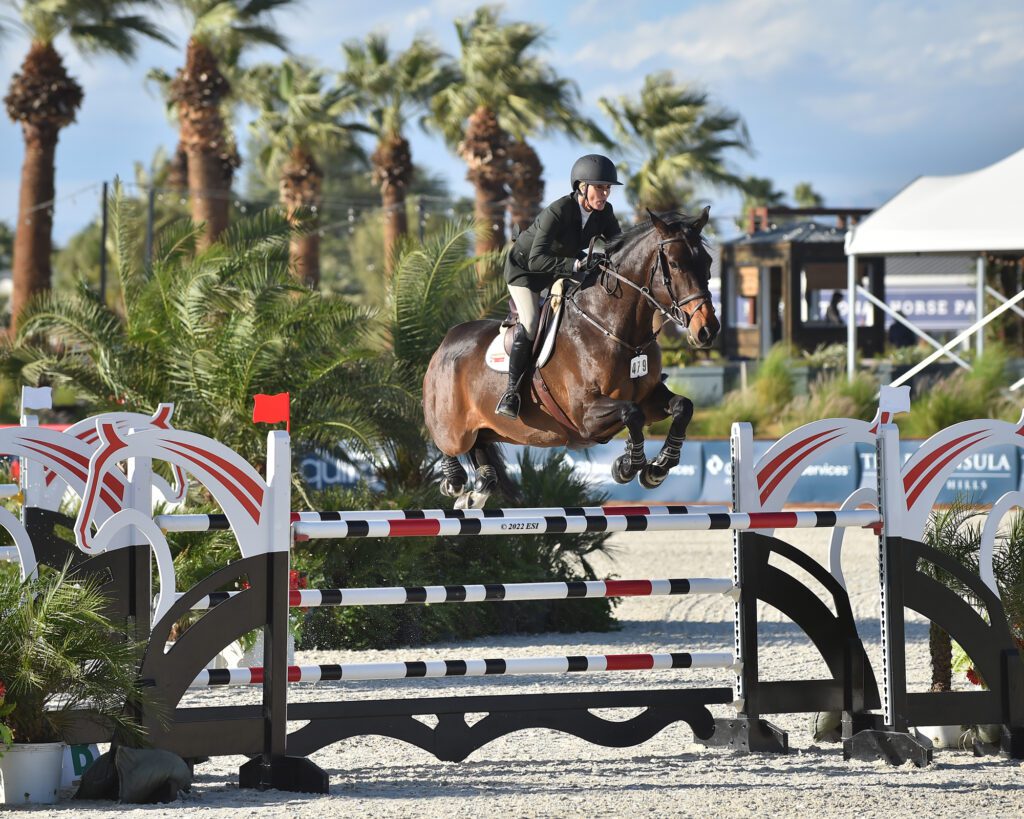 Gatlin has had the 13-year-old Danish Warmblood gelding (Volstrups Casillas x Lorentin I) in her stable for slightly over one year, and she will be the first to admit the rideability has improved greatly over that time.

“He was much harder to ride than he is now,” Gatlin continued. “He was much stronger and you would never think you could go this fast, but we spent a lot of time with the flatwork and small jumps and really getting him rideable.” 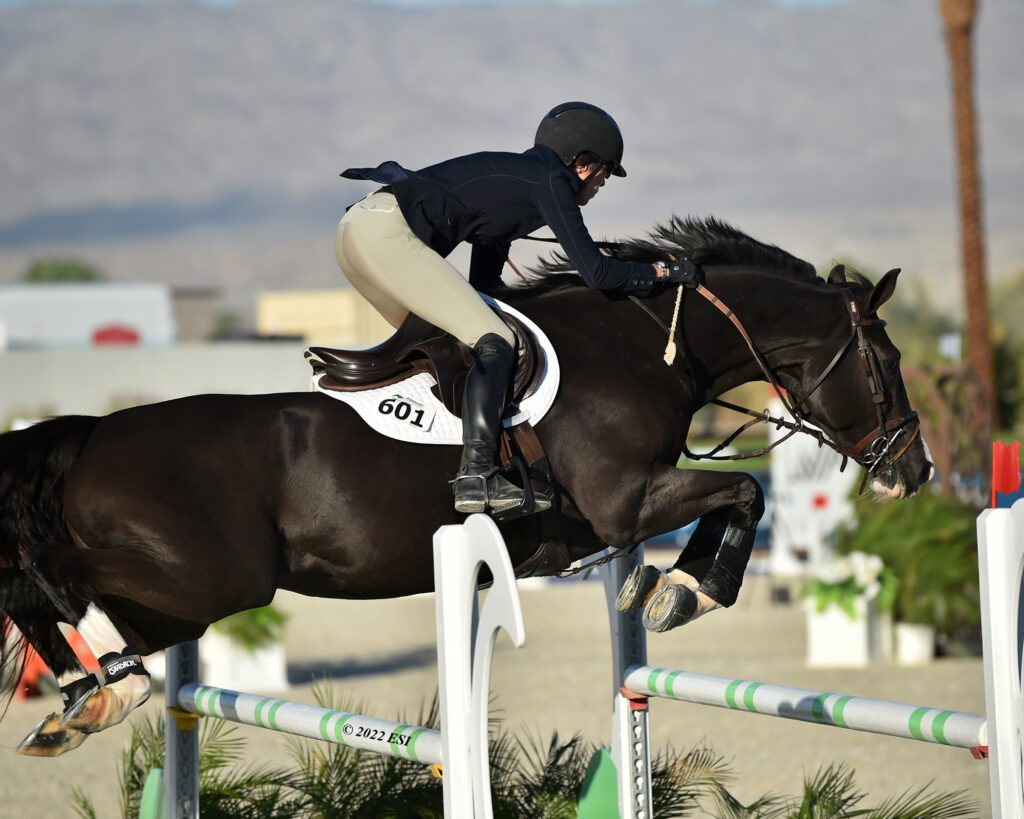 The $10,000 Welcome Speed kicks off a week of top National show jumping at the National Sunshine Series. New this season, DIHP will award rider bonuses to the leading National Grand Prix rider, the leading 1.40m rider, and the winner of the Desert Circuit IX Speed Final, for which the top three in Wednesday’s class have already qualified.

Gatlin plans to spend her entire season at DIHP, returning in December for Desert Holiday and in January for the entirety of Desert Circuit. “There’s so much to enjoy,” she said. “The footing is great, we have great course designers and an enormous amount of prize money now, and it’s just a beautiful location. They put on a great event.” 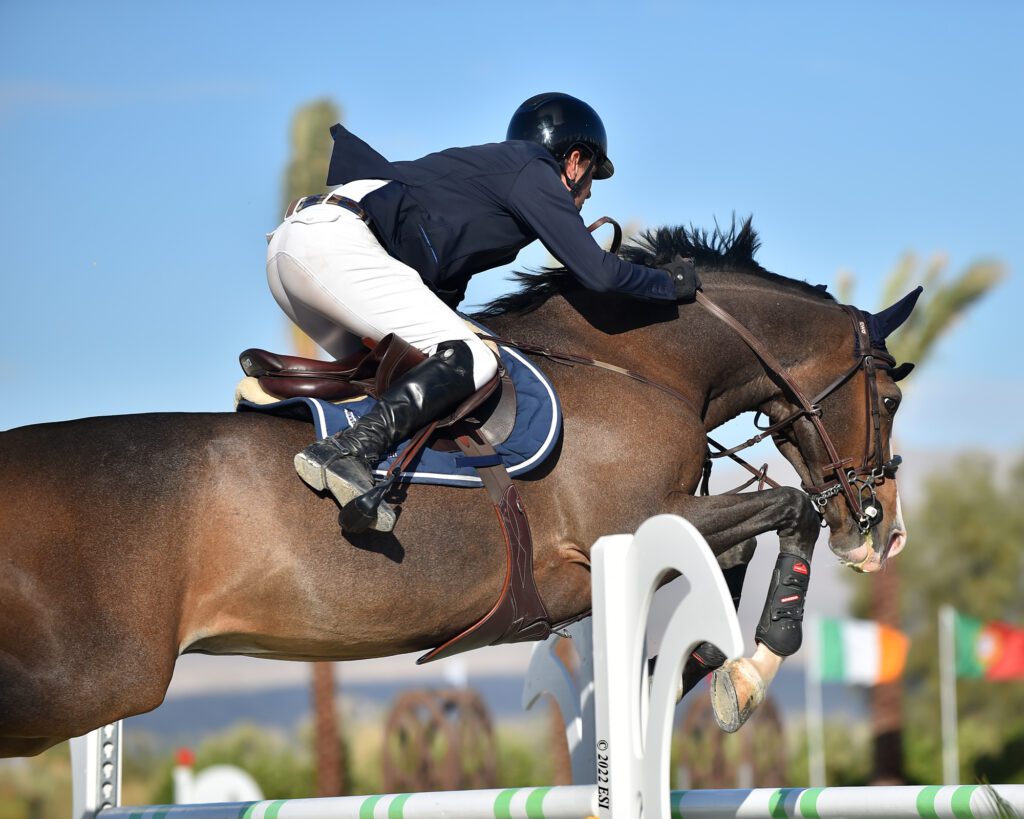 The 2022/2023 season features many new additions to the schedule, many of which Gatlin is excited for. “There’s a lot of choices which are good, especially if you have a lot of different levels of horses. They have such a variety that I think people can bring any horse here and develop it,” she concluded.

Week I of the National Sunshine Series continues Thursday, November 2, with the inaugural $30,000 1.45m Open Classic, sponsored by Bridgeport Farms.