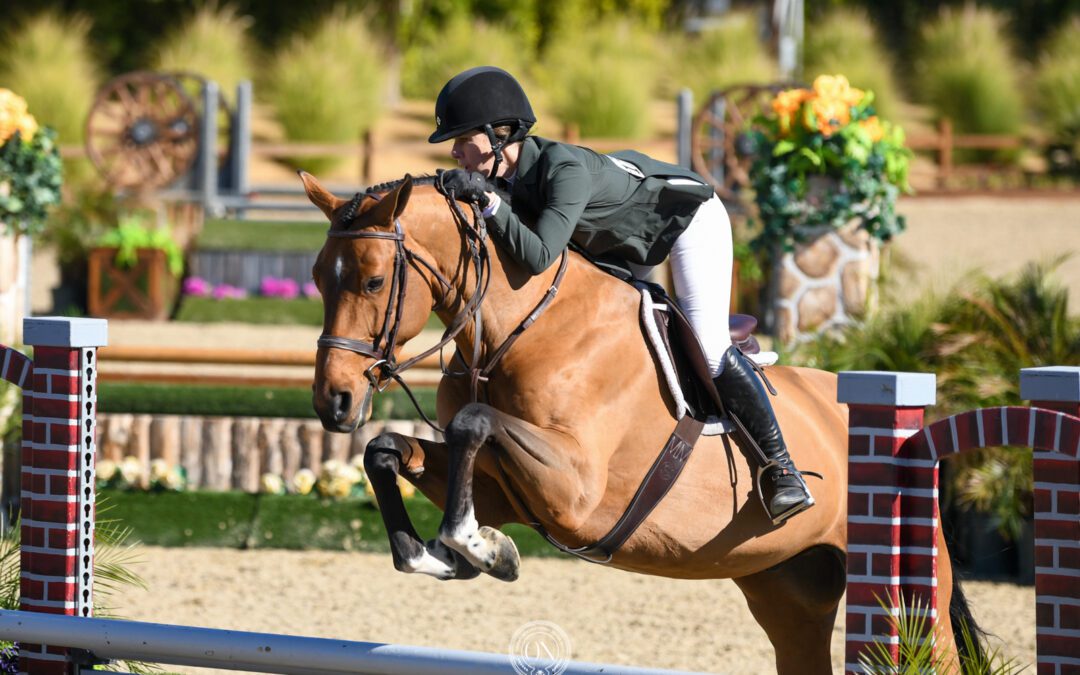 Irene Neuwirth kicked off Desert Circuit in style Sunday by winning the Tucci 3’3”/3’6” Amateur-Owner Hunter Classic aboard Juan Carlos. With sky-high scores, Neuwirth and the 10-year-old Holsteiner put in beautiful rounds under the desert sun to take home top honors.

Juan Carlos wasn’t the only one at the horse show who had a tough time waking up Sunday, but his rider was able to inspire him to perform to the best of his abilities despite competing on the final day of the week. Neuwirth’s home state is one of many in which Juan Carlos has taken top honors with her aboard. Traveling the East Coast last season, they racked up wins at the nation’s most prestigious horse shows, including the Devon Horse Show, the Washington International Horse Show, and beyond. Neuwirth has been in the winner’s circle at events like the Capital Challenge Horse Show and the Pennsylvania National Horse Show against the top hunters in the nation.

For a pair like this, it’s hard to believe there are still any firsts to accomplish, but scoring a 92 in the second classic round seemed to do the trick. Combined with her first-round score of 88, she won the class by nine points with a total score of 180. 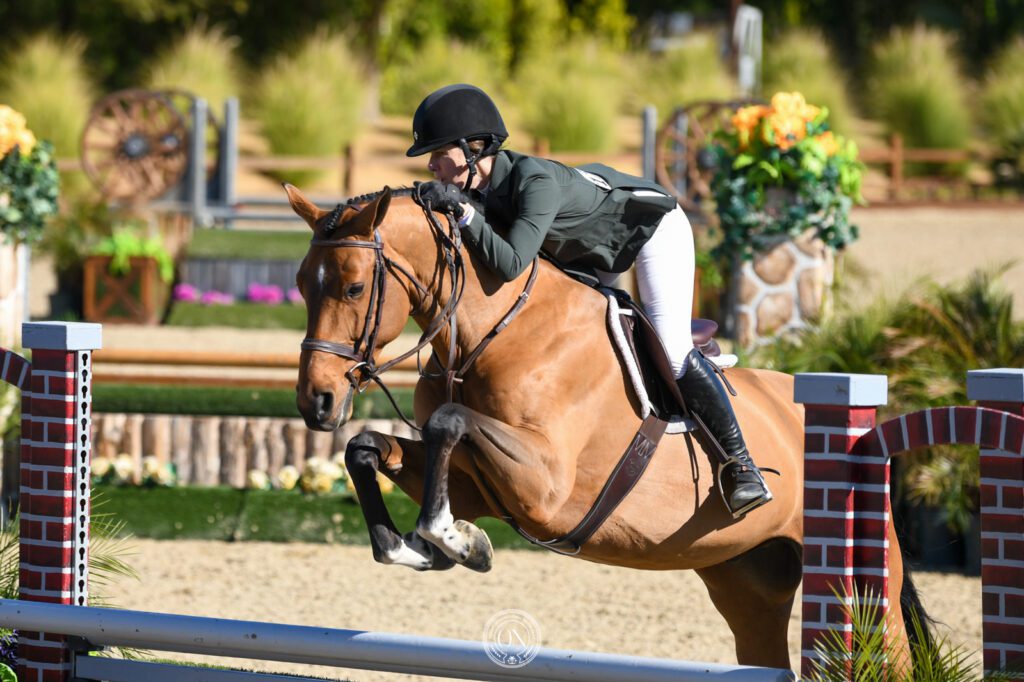 “I got him about two years ago,” she said of her partnership. “We won at Devon and we were champion at Washington, which was really exciting. That just gave us a lot of confidence to come back here and try to be more consistent and push ourselves. I was really excited to get a 92. I think that’s our first 92 together.”

Juan Carlos just has that “it” factor going around the Main Hunter Arena, and it was apparent to the judges Sunday as they were in a league of their own with the scoring. “I think he has a really adorable expression. He is very even around the entire course. I can pick up the pace and just stay the same around everything. I think that feels really impressive,” Neuwirth explained.

Neuwirth’s professional life has been very busy recently, opening an Irene Neuwirth jewelry store on Madison Avenue and continuing to run her extremely successful business while also competing at a high level. Taking a break from business matters for a horse show in the sun, and taking home the win Sunday, was the ideal break she needed. When asked how it feels to be back in the desert, she responded, “Great! I’m so happy to be here and not at work!”