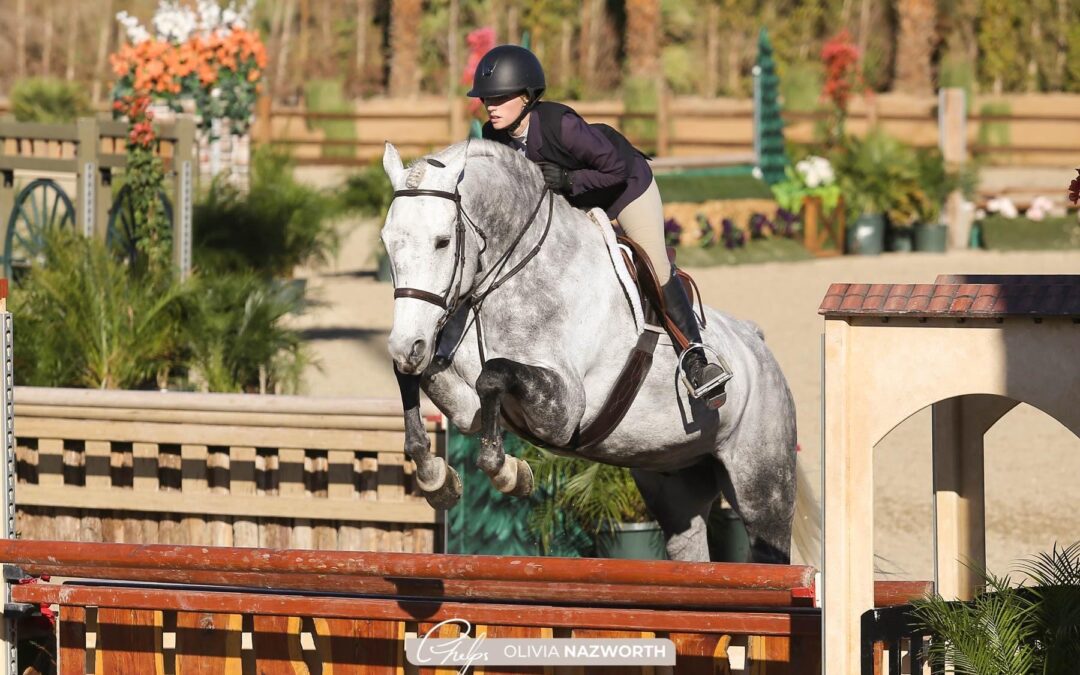 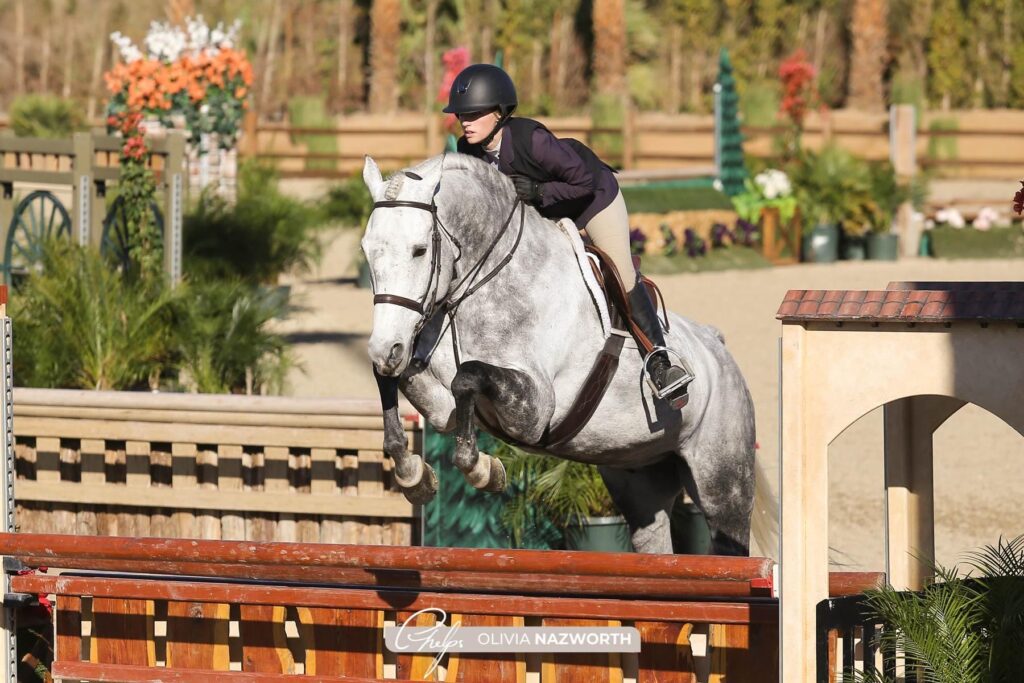 The courses for the day were set by Meghan Rawlins and featured a classic hunter round, with a four-stride to two-stride combination and a long approach oxer to finish the course, and a handy round that offered the junior athletes the chance to show off their skills at turning and riding a more technical track. The handy round began with a bending line, included a trot jump with the option of taking it in either direction, and presented opportunities to turn tightly as they navigated Hunter 1.

Won Love used to do double duty with owner Post as her equitation horse and junior hunter, but this year Post decided to focus the 13-year-old Hanoverian gelding solely on the hunters to give “Marley” more of an opportunity to shine. Since making the switch to just hunters, the pair has hit their stride and Post hopes to move up to the 3’6” Junior Hunters soon and qualify for Junior Hunter Finals. In addition to the classes held as part of their respective divisions, the Junior Hunters also competed for top honors in the Junior Hunter Classics, combined with all entries for each fence height. The course design allowed riders to show off their horses’ scope and consistency across a longer track. The first hunter round of the division served as the first classic round, while classic entries returned to be scored in the second round for a total, two-round score. The Junior Hunter 3’3” Classic, sponsored by Platinum Performance, was topped by Selma Erikson and Luisant. Macarthur and Avery Glynn won the Junior Hunter 3’6” Classic, sponsored by DePaolo Equine Concepts, earning scores of 86 and 87.5 for a 173.5 total. On her handy round plan:
“It was kind of an awkward course to go in not having the first jump right in front of you. We thought about it for a second and we wanted to go across the diagonal so he didn’t swap leads. Going in I just wanted to have a clean round, to not really mess up, and stay consistent throughout my jumps.”

On Won Love:
“I got ‘Marley’ about a year and a half ago. It was just after I came off of an injury so it was a hard horse to get on, but now we’ve been very consistent, I’ve gotten to know him really well, and now we’re a great partnership.”

On her goals for circuit:
“For this circuit I’ve just been doing the hunters. We used to do the hunters and equitation but he would just get too tired and it was too much for him. Now he loves his job as a hunter. It’s very calm for him so he’s not overthinking anything and he jumps really pretty. Now I want to move up to the 3’6” Junior Hunters and hopefully qualify for the 3’6” Junior Hunter Finals.”

On DIHP:
“I love it here. I think they did such a good job redoing things and adding the tents because it gets really hot. I love it here and my horse loves it here. This was our first show together last year.”