Thermal, Calif. – Oct. 29, 2022 – Desert International Horse Park (DIHP) is pleased to announce the official addition of a National Circuit Award for the second season Desert Dressage. The top-performing horse-and-rider combination from all five national shows during the 2022-2023 season, spanning from October 2022 through February 2023, will receive a bonus of $10,000.

Young Horse and Freestyle classes are excluded from the classes that will qualify pairs for the award, as well as CDI classes at Desert Dressage II, III, and IV.

The same horse/rider combination must be entered and compete in a minimum of three of the above mentioned national shows. Lindsten, of Cave Creek, AZ, and the 7-year-old Oldenburg gelding by Samarino H rode to a score of 67.647% and secured the win. 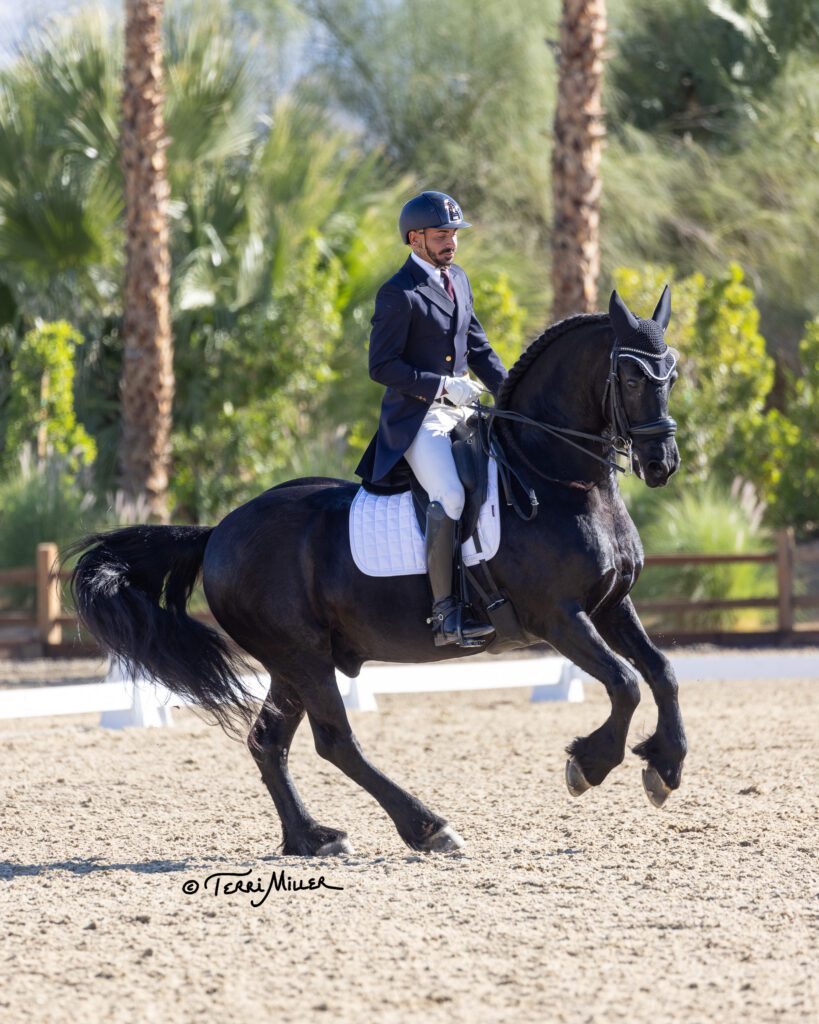 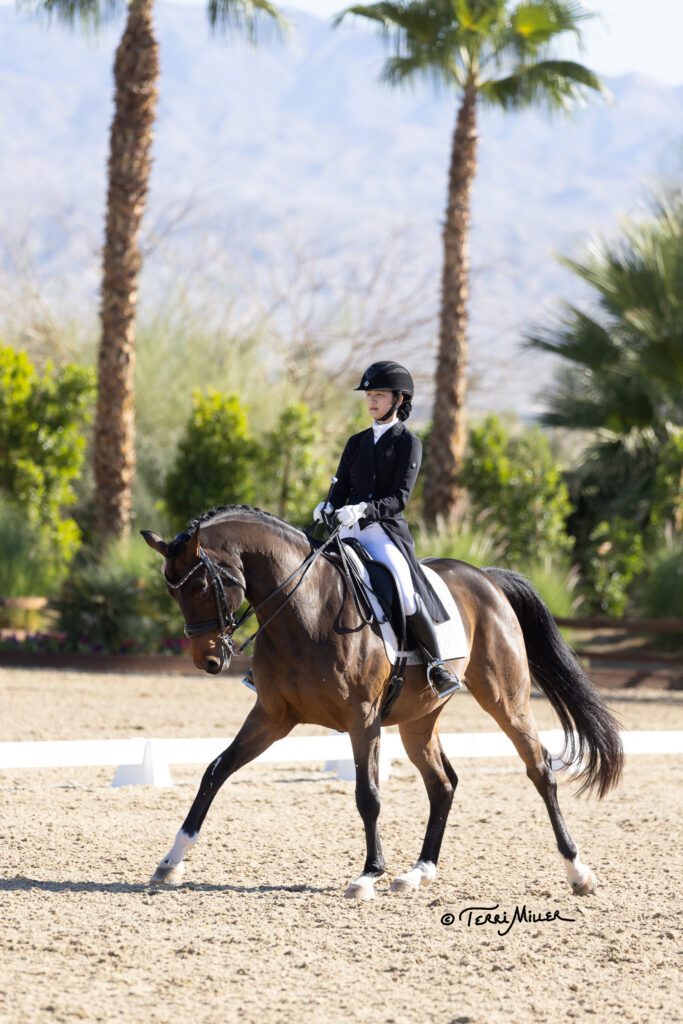 Taking the win in the Adequan® FEI Intermediate I was Elizabeth Jenkins and Whitney with a score of 63.823%.

Special Awards from Desert Dressage I

Six High Point Awards were given throughout the weekend. All High Point Winners were awarded a full set of DSB Sports Boots from Custom Saddlery, graciously given by sponsor Elizabeth Ball Dressage, along with her sponsorship and support of the Desert Dressage Series.

The overall High Score of Desert Dressage I Spooktacular was David Blake with Lion Heart. The Immubiome Costume Freestyle exhibition class was won by Triana Pangrcic on Sunsprite’s Saltamontes, awarding the pair $250, followed in second place by Beckie Samuels on Zimba, receiving $175. Desert Dressage extends gratitude to Chris and Alaska Culmone of Immubiome for sponsoring the Costume Freestyle.

The Sara Eigner Memorial Trophy was awarded to Jocelyn Dragges as the highest scoring Adult Amateur rider in Second Level.