David Blake Walks Away with Wins Saturday at Desert Dressage I 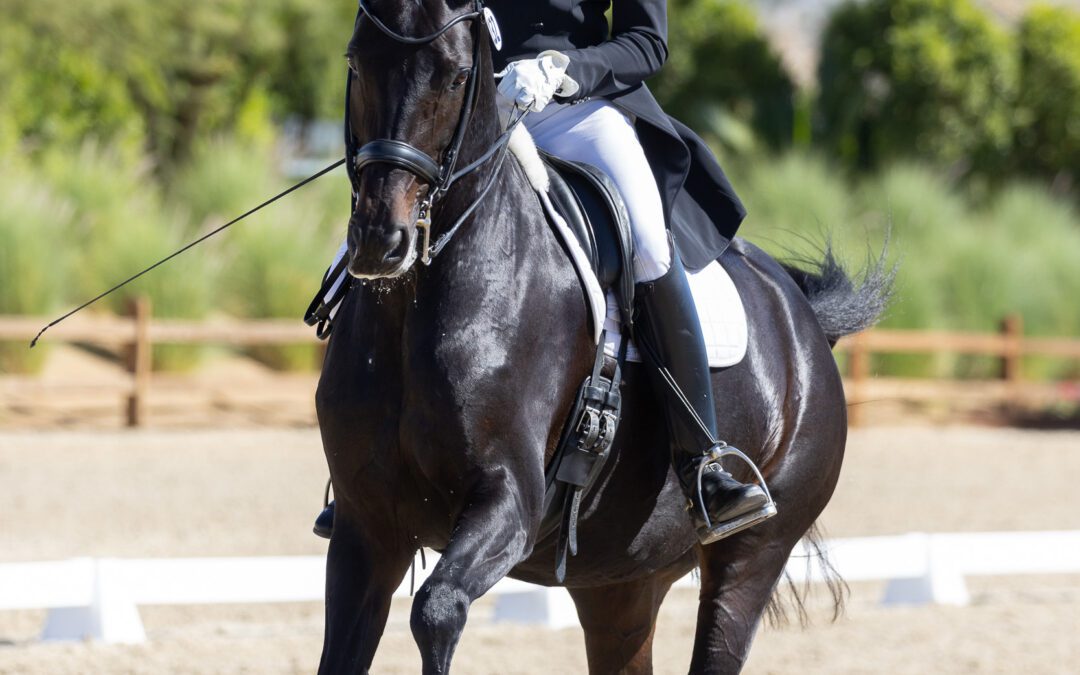 Thermal, Calif. – Oct. 29, 2022 – Desert Dressage I, presented by Four Winds Farm, welcomed athletes back to the beautifully-landscaped competition rings at Desert International Horse Park Saturday morning for the second day of competition. It was a winning day for David Blake, as he emerged victorious in the EurEquine FEI Intermediate I with Patti Thurman’s Fürstin Delia. The pair rode to a score of 70.882%, earning the win. 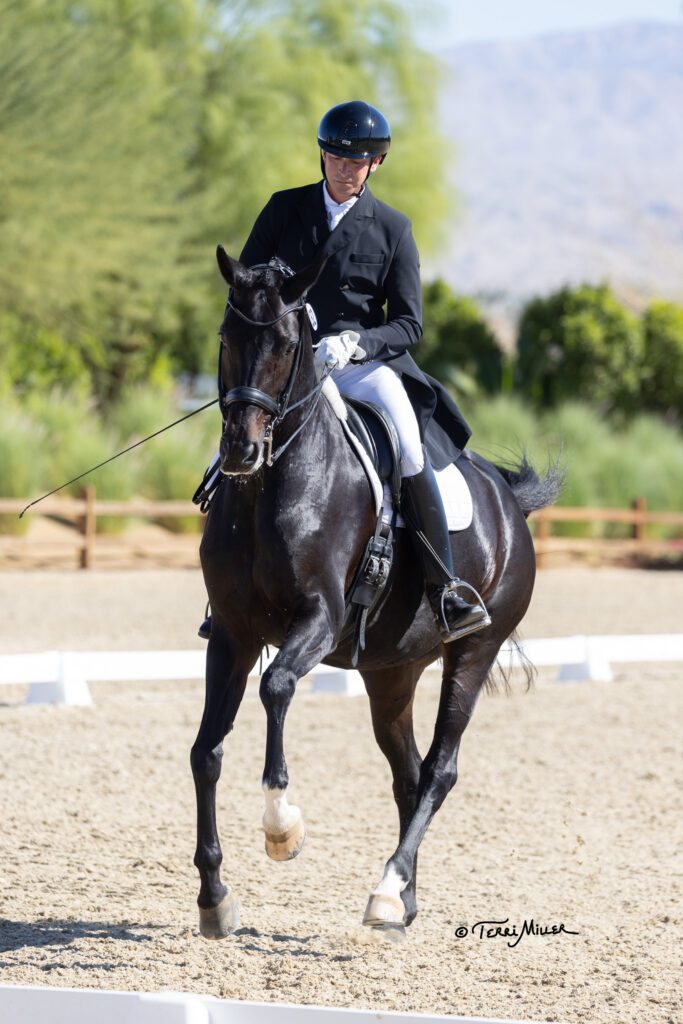 Second-place honors in the EurEquine FEI Intermediate I went to Jo Moran and Reine Noire GWF, owned by Victoria Cotchett, with a score of 67.500%. Steven Paulson and the Maloney Pony-owned Don Johnson claimed third with a score of 66.323% and the winning Adult Amateur ride was Elizabeth Jenkins and Whitney on a score of 61.176%.

Blake acquired the ride on the 11-year-old Oldenburg mare by Fürstenball from owner Patti Thurman of Las Vegas, NV. “Patti bought her as an 8-year-old and unfortunately had to have back surgery so she sent the horse to me,” he said. “I thought she was a CDI-caliber horse; she’s an amazing horse. I’ve shown her twice and it’s always been very good. She has the quality, the rideability is a 10, and she very seldom makes a mistake. Very cool horse; completely amateur safe, fun, and can move like crazy. We call her ‘the cookie monster’ because she’s very into food.” 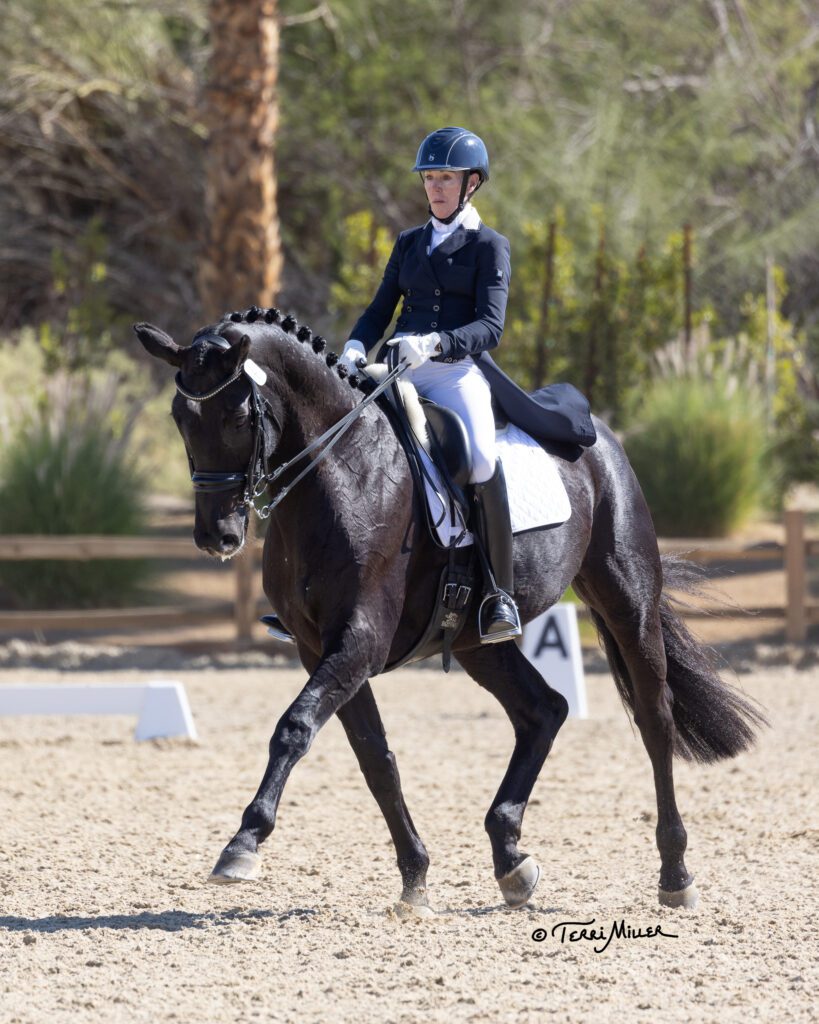 The Cardiff-by-the-Sea, CA, native is returning to Desert Dressage for the second year after being part of its stellar first season. Blake and his wife, Rebecca Rigdon-Blake, plan to return to all four remaining weeks of Desert Dressage this season, using Desert Dressage I as a stepping stone into CDI competition in November. 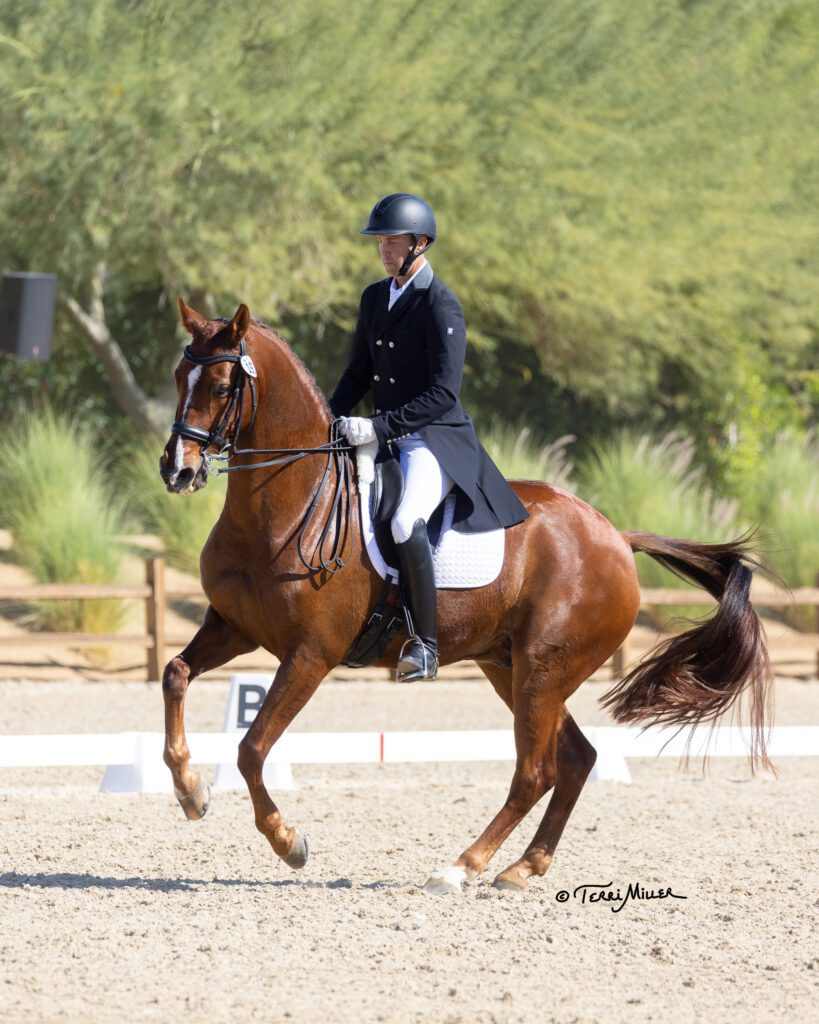 “This is by far our best venue now,” Blake said of Desert International Horse Park. “The footing, the atmosphere, the ambiance, the VIP, everything is top notch. So we’re thrilled to have these shows here in California. It is a great environment to show in. We really like it, and my wife and I are going to come to every show for sure.”

Earlier Saturday morning, Blake took top honors in the Four Winds Farm FEI Grand Prix, this time aboard Leslie Allbright’s First Perfect with a score of 67.391%. Pia Virginia Fortmüller and Frieda took second place with a score of 66.521% and Tina Caldwell and Marcia Sutherland’s Lagerfeld K took third with a score of 65.326%. Laura Maloney and the Maloney Pony entry Stella 1023 were the Adult Amateur winners with a score of 58.478%. 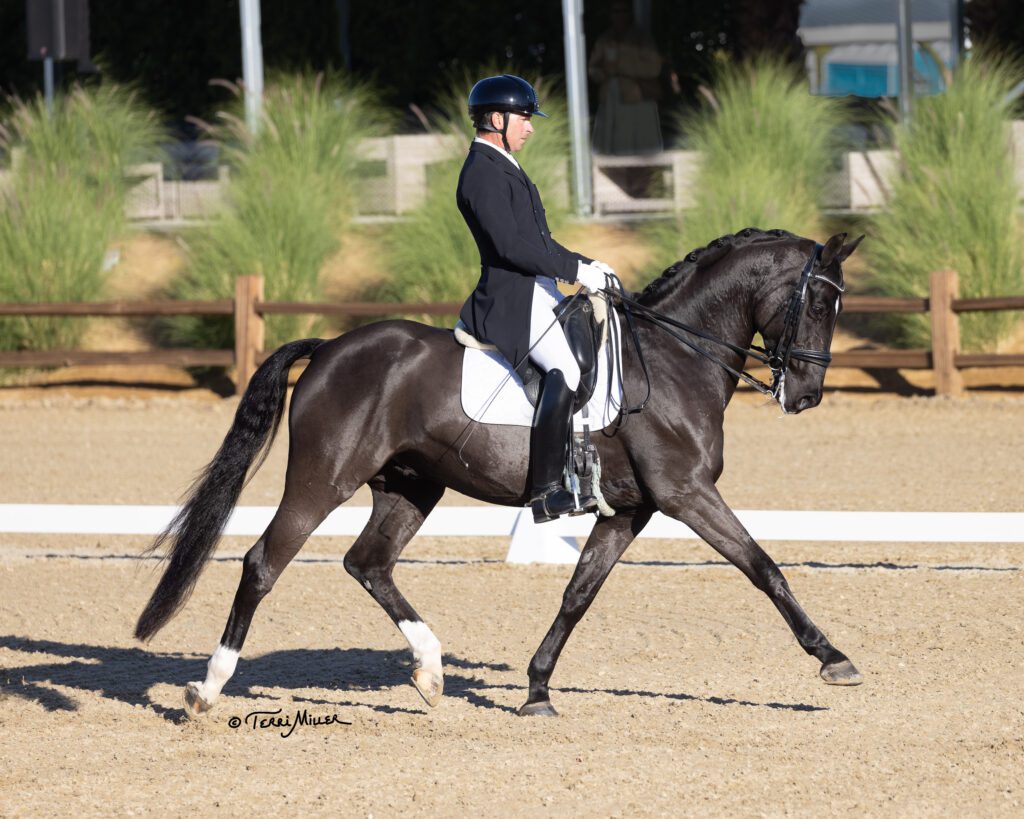 “I’m thrilled,” Blake continued regarding First Perfect’s performance. “This horse is one of my favorites of all time. He came to me when he was 7 from Russia. He was wild for three months but then he settled in and then learned Prix St. Georges, [Intermediate] I, and Grand Prix. I’ve sold him in the barn to clients three times now. It’s his first time out in Grand Prix but he’s a super reliable, sweet-as-can-be horse, and learned one tempis in one day. I call him ‘the genius.’ He’s the cutest and smartest horse I’ve ever had.”