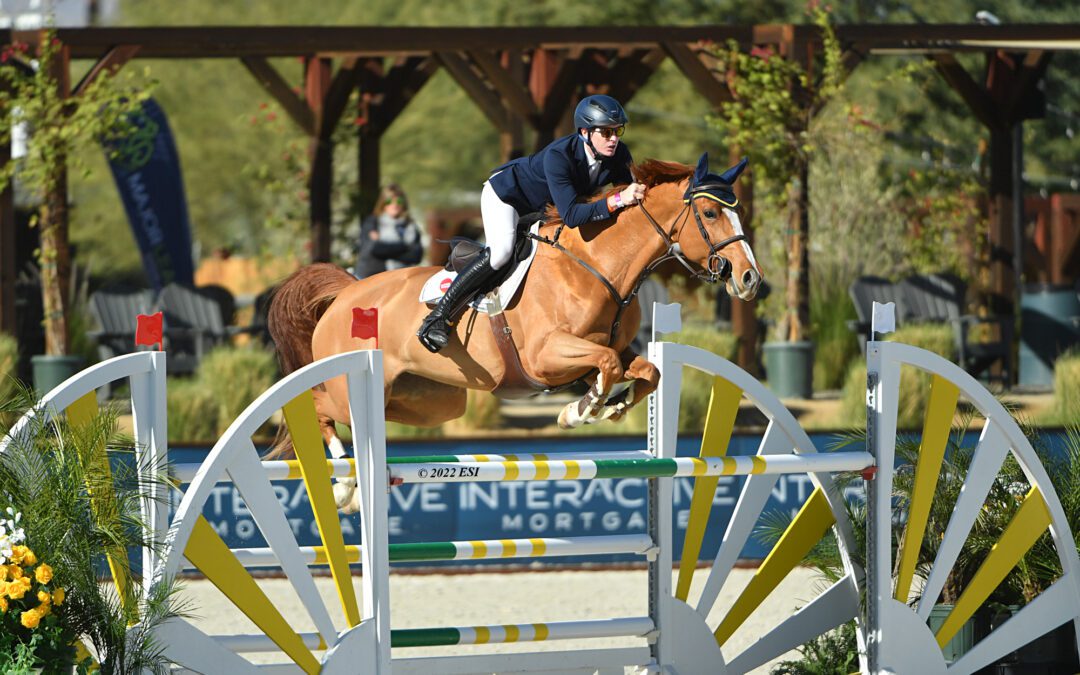 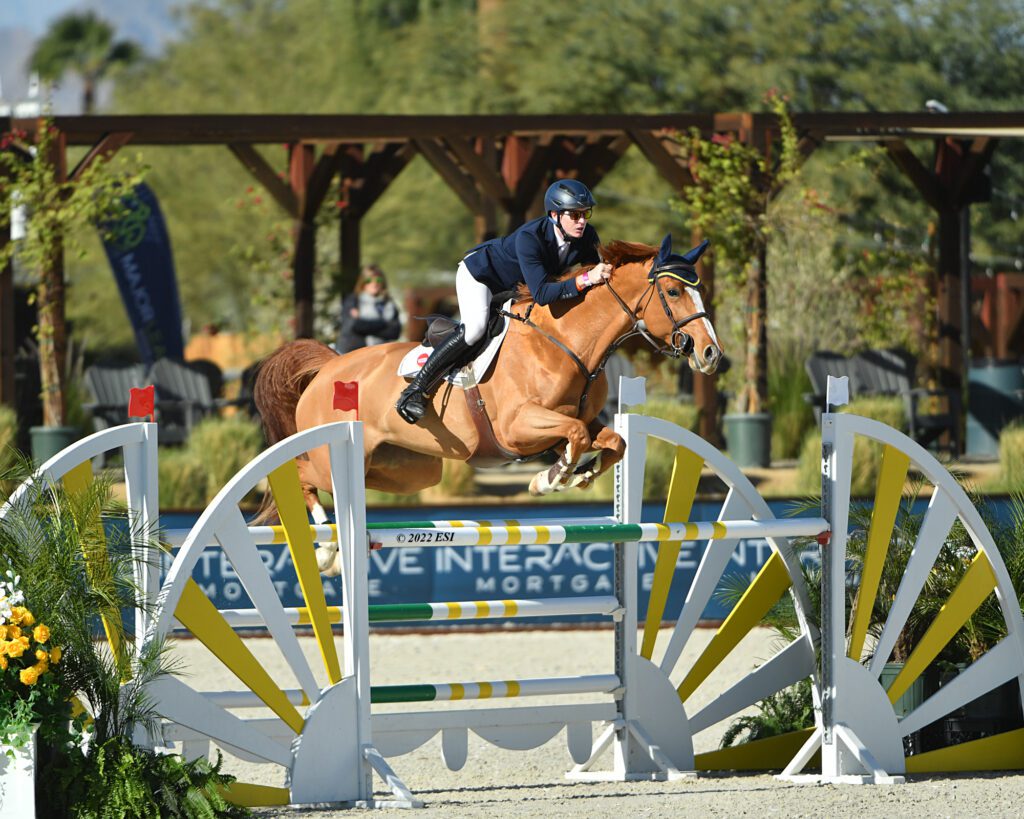 “This is my first show with her,” Coyle said of his winning mount. “And it is my second week riding her. She’s another homebred of Lothlorien’s. Hyde Moffatt was riding her and Ariel asked me to take over the reins two weeks ago. Over the last two weeks you can see she’s very, very competitive. These are good classes for her to get to know them, plus there’s a little bit of money for them. It’s a very quick horse.”

Coyle was third to last in the order of 67 over Alan Wade’s (IRL) track in Wednesday’s class, and at the time, Ashlee Bond held the lead with Boheme De Fleyres, having just gone a few rounds prior.

“Ashlee Bond is a very fast rider,” Coyle, 28, continued. “She thought she had a fast round. When Ashlee thinks she’s fast, you have to give everything you’ve got to beat her. So I did, and I’m really looking forward to what this one does in the future. Hopefully one year from now it’ll be a different success story as well.”

Coyle, last week’s winningest show jumper, came into the Grand Prix Arena and took the time to beat to a whole new level, shaving nearly three seconds off Bond’s time, putting her into second place. Jamie Sailor and Caron Jmen took third at the close of the class. Daniel Coyle and Langley in their winning presentation. Photo by ESI Photography

Langley, an 8-year-old mare, competes without shoes, which is not the route Coyle typically goes, but he gave it a try and it’s working out quite well. “They couldn’t decide what shoes to put on that she liked, and more and more people are going without shoes. It’s not something I do often but if it works for the horse I’ll do it, and these two weeks it really has worked,” he said.

To say Coyle has been on a winning streak would be an understatement. This is his first trip to DIHP and he has racked up enough wins to convince him to come back.

“I don’t think anyone can say anything better than me about [this place],” he remarked. “As soon as I got here, before I jumped any classes, I loved it. I really like the climate; it’s really open, it’s warm without being too warm, and it also gets a little cold which is nice for any animal. The grass ring last week was absolutely beautiful; all my horses loved it. I’m hoping they love this side of the show as much this week.” As the day went on, FEI divisions began and Alexis Sokolov (USA) took the first CSI2* victory of the week. In the MTN Equine CSI2* 1.40m Two Phase, Sokolov sped to the win with Fasole Du Seigneur, beating out Canada’s Vanessa Mannix, who took second with Valentino D’Elte, and Olivia Cliver (USA), who claimed third with Connor 69, owned by On The Mark Equestrian LLC. Rupert Winkelmann (GER) jumped back into the winner’s circle Wednesday, this time with Conrad 155, owned by Eickendorf Horses, in the Lost Lake Farm CSI5* 1.40m Two Phase. The pair bested 47 international entries for the win in the first CSI5* class of the week.

“In the end the strategy was pretty simple, keeping a fast, forward rhythm, keeping tight where possible, and leaving a stride out where possible,” Winkelmann said of his speed phase with the 9-year-old Oldenburg gelding (Cristallo x Contendro).

“Conrad is super brave,” he continued. “He is actually easy to ride even though he looks so big. I’ve tried a super German approach to riding him, but that wasn’t for him. So now it’s more of a ‘nose forward’ and ‘nose up’ approach and he’s enjoying it a lot more.”