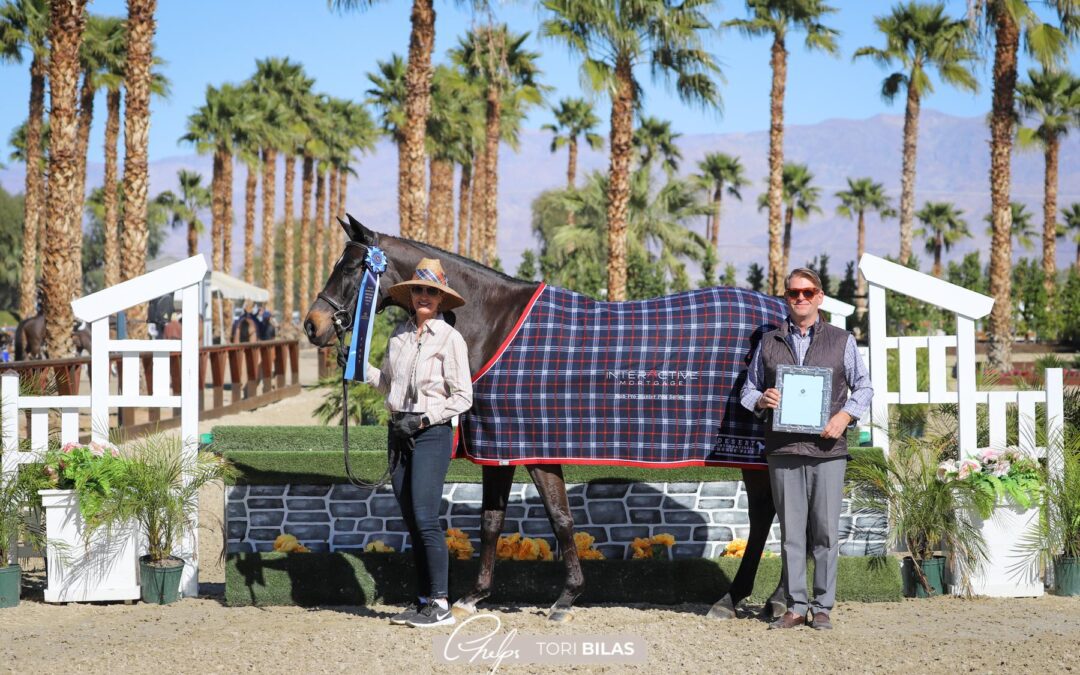 Thermal, Calif. – Feb. 5, 2022 – A new class took over the Grand Eq Arena Saturday morning to shine a light on young hunter horses and give them the opportunity to vie for prize money and top honors in the $4,000 Interactive Mortgage Non Pro 3’ Hunter. Twenty-six entries came forward in the new class, featuring a classic hunter round and a subsequent handy round for the top 12 scores to return in reverse order. At the conclusion of the two-round class, it was Avery Rose Glynn and Rebecca Fahrendorf’s Lighthouse who emerged victorious on a total score of 173. Michael Roy Curtis designed both courses in the Grand Eq Arena for the juniors and amateurs, presenting challenges including bending lines, a two-stride across the diagonal and forward, flowing lines. The handy round consisted of seven obstacles, including a one-stride, a skinny vertical and an oxer over a barrel which gave the horses something different to look at. Riders were rewarded for their handiness and tight turns navigating independent obstacles in round two. Glynn, who captured a high score of 86 with Lighthouse in round one, returned for the handy round at the top of the leaderboard and laid down a beautiful round, guiding the 11-year-old Westphalian gelding from one fence to the next in a smooth and stylish manner. Glynn was awarded for her bold decisions with a handy round score of 87 and the overall win. Just behind Glynn in round one was Cathy Morris-Schmitt who piloted her own Andover to a score of 85. The pair returned for the handy round and took inside turns, gracefully navigating the unique course and earning a score of 84 for second place overall. Third place was awarded to Skylar Wireman with Blue Moon, a pair that rose from sixth place in the first round to earn a high score of 88 in the handy round, propelling them to third place as the class wrapped. The class’s unique format gives junior and amateur riders an opportunity to compete in a format similar to a hunter derby. It provides good preparation for future derby competition, and also allows horses and riders who are more comfortable at the three-foot fence height to shine and compete in something different outside of their respective hunter division. 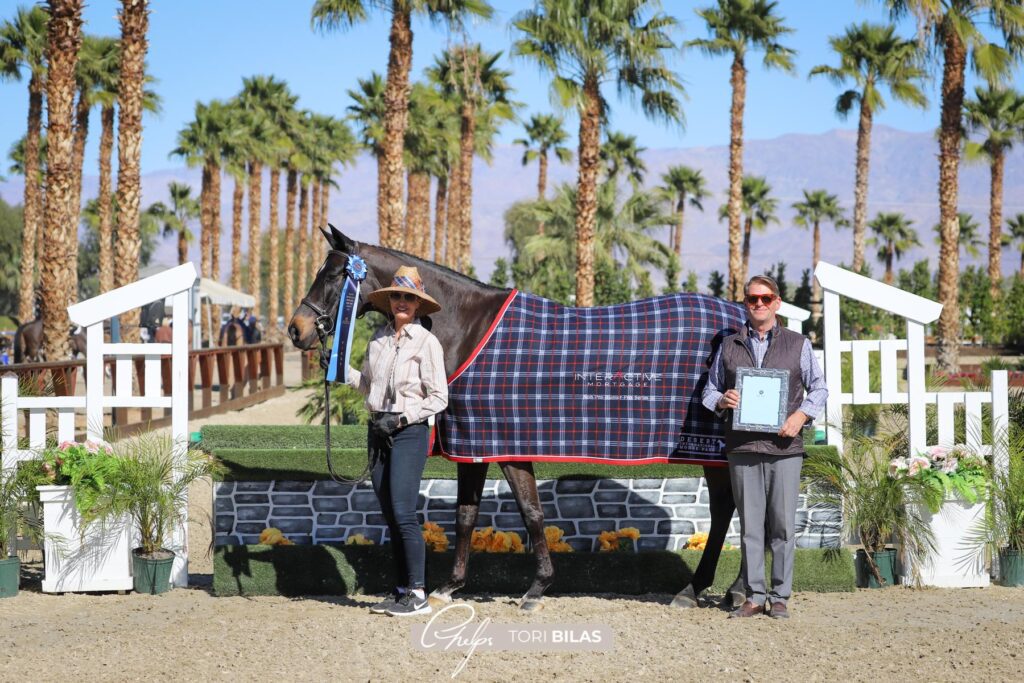 Hunter competition during Desert Circuit III will conclude Sunday, February 6, with amateur and children competitors vying for their respective championships. The Grand Eq Arena will see equitation athletes contest various medal classes to close out the third week of winter competition at DIHP.

On the class format:
“Lighthouse has quite an extensive background doing derbies with professionals and he’s been in the top ten of the two derbies here the last two weeks in the Main Hunter Ring. It was exciting to try a new challenge in the jumper ring and it was nice to have a special class on the weekend for horses that don’t do the international or 3’6” hunters.”

On the courses:
“The first round was very inviting. [Lighthouse] jumps well off a big canter so it’s an ideal class for us because Avery [Rose Glynn] could ride the track on a bit of a gallop. I think the structure of the class really paid off for her because of the way it was set up. In the handy round there were three options of inside turns and we took two out of the three because we were worried we might get an extra lead change if we took the one other option. But we felt like we’d still be in a good position because the horse jumps in such good form.”

On Lighthouse:
“He’s going to be a great horse for somebody from the 2’6” to the 3’3” ring. He’s pretty hard to beat and he has the best personality. He is very quiet. He’s easy to get prepared to go to the ring. He likes his job. He gets very bored with flatwork at home; he’s a typical pony and once you take him out and he sees the jumps he’ll take you and he’s happy. But if you’re making him work hard on the flat at home he almost groans because he doesn’t like to do it. He’s like a person who doesn’t like to go to the gym.”

On working and training with her daughter, Avery Rose Glynn:
“I genuinely don’t coach her as much as I am more of a teammate with her. Because we think so much alike and now ride so much alike, we usually just go over very basics of reminding what the horse needs for support. My motto with training and her motto with riding, which comes from me, is every horse goes so differently but they have a certain way they want to be told what to do. Our job is to figure out what the horse wants and how we help them achieve greatness and it’s not the same recipe with every horse. With this horse, it’s to sink down a little more and support its canter a little better because it always jumps up and jumps amazing in front and doesn’t always jump across. Our job with this horse is to make sure we’re riding across the top of the jumps and he doesn’t just jump and then stall. It’s mainly that we have a pep talk before we get on each horse, because we both ride so many, about what it is that this horse is looking for and how we can best support it in the ring. I have a lot of other people coach her as much as I can because I’m always running in between horses to get her food and caffeine because my job is still to be mom amidst all the other roles I have.”