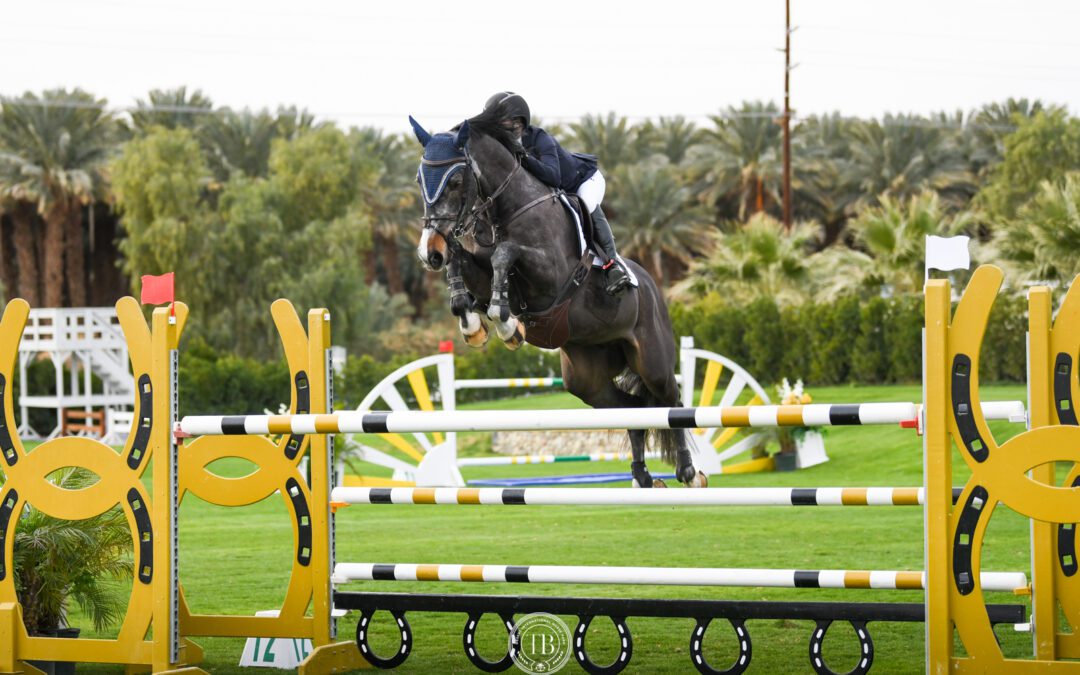 Ali Ramsay found her sweet spot as she topped the $10,000 Run A Mok 1.45m Open Classic. Aboard Conrado 12, owned by Ramsay Equestrian Inc, she topped an impressive field of top horse-and-rider combinations, bringing home the victory.

Conrado 12, or “Cody,” is a ride Ramsay has gotten to know more over the past year. “My fiance bought him as a 5-year-old, left him in Germany for a year, and then brought him over as a 7-year-old,” she explained. “He developed him for a year and sent him down to California to me last winter. He sent him to me to get sold and instead of selling him I bought half. Now we own him together.” 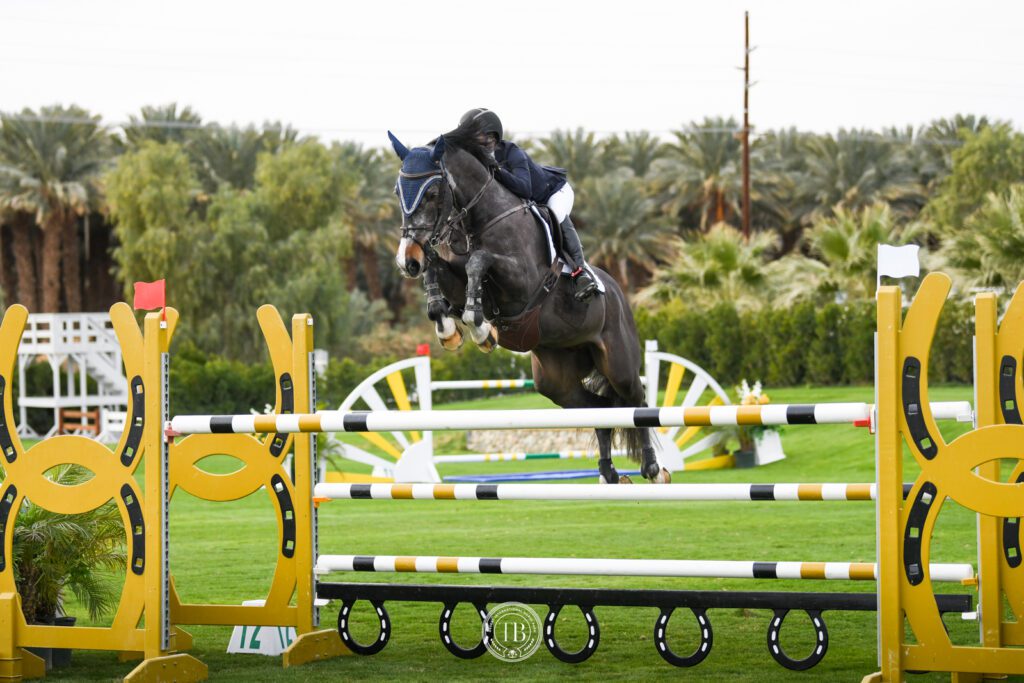 The now 9-year-old Zangersheide gelding was not initially Ramsay’s type, but she admired the horse so much she is dedicated to making it work.

“I felt like he had every quality that I look for,” she continued. “He is the perfect combination of careful and brave. His jump feels like there is no limit. I think he’ll jump everything. We did our first 1.50m in October and he was really good; he was double clear. He’s not quite my type in the sense that I like them a little lighter and quicker, but he has so much quality that I’m going to make him my type and make myself learn how to ride that type.” The course, set by Joey Rycroft, covered the entirety of the beautiful grass field at DIHP, and many top combinations gave it a try but had rails down. At the time Ramsay went in, Michael Williamson and Gillion ES led as the sole clear round. Williamson ended up third, with Halle Duke and Ilana taking home second place.

“I went late enough and was able to see that there was only one clear and it wasn’t super fast, so I knew I didn’t have to go as fast as possible,” Ramsay said of her strategy. “But I also knew Kyle [King] was coming behind me. I didn’t want to be slow. I had a plan to be fast – I wasn’t as fast as I wanted to be – but he did everything I asked of him. He was pretty perfect.” Ramsay has been attending DIHP for years and is pleased to return. “It’s really exciting; this is my first time ever competing on the grass here, which I’ve been looking forward to,” she said. “The grass rode great; it’s beautiful out there. The footing in the Grand Prix Arena is immaculate. It felt perfect out there. The horses jumped so well and their strides felt so big. It’s one of the best I’ve ever ridden on at a horse show.” Ali Ramsay and Conrado 12 in their winning presentation. Photo by Tori Bilas

Lindsay Archer had a stellar day Thursday of Desert Holiday III, but in a different ring. Aboard Casino Helsinki, a brand-new import for Shady Lane Farm, LLC, the Northern Californian took championship honors in the 3’3”-3’6” Performance Hunters.

“I imported him in October to try to make him an equitation horse because he has a ton of quality,” Archer remarked of the 6-year-old Hanoverian gelding. “To get him some experience we did him in this division. Every time he walks in the ring he’s a superstar. He amazes us every time. I’m excited for him that he got to be champion his first time out.” The stellar performance wasn’t a huge surprise to Archer, who saw the potential in the horse when she purchased him. “He has a beautiful quality jump and an incredible presence. The more I’ve gotten to know him I’ve realized his brain is actually one of his best qualities. It’s hard to tell when you try one in one day. He’s athletic but really, really smart,” she said.

Archer is a staple in the big jumper classes at DIHP, but is slowing things down this week and taking the hunter ring by storm. “We love coming down here,” she shared. “It’s a beautiful location to be during the winter. It’s nice to be down here in the warm weather. The owners keep investing money in making every part of it better and we look forward to seeing what else is to come.”