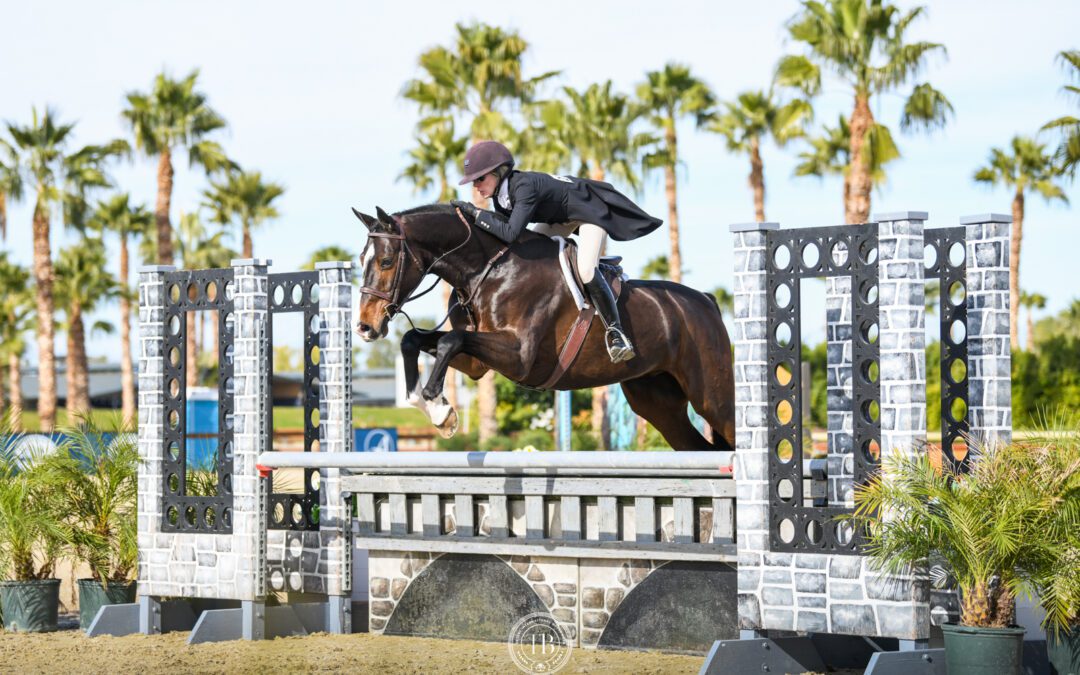 Alexis Taylor introduced a new face to the derby ring Friday of Desert Holiday III. She had four mounts in the $5,000 HorseFlight USHJA National Hunter Derby, but it was Kona, owned by Nicole McNichols, who outshone the field and took the win. 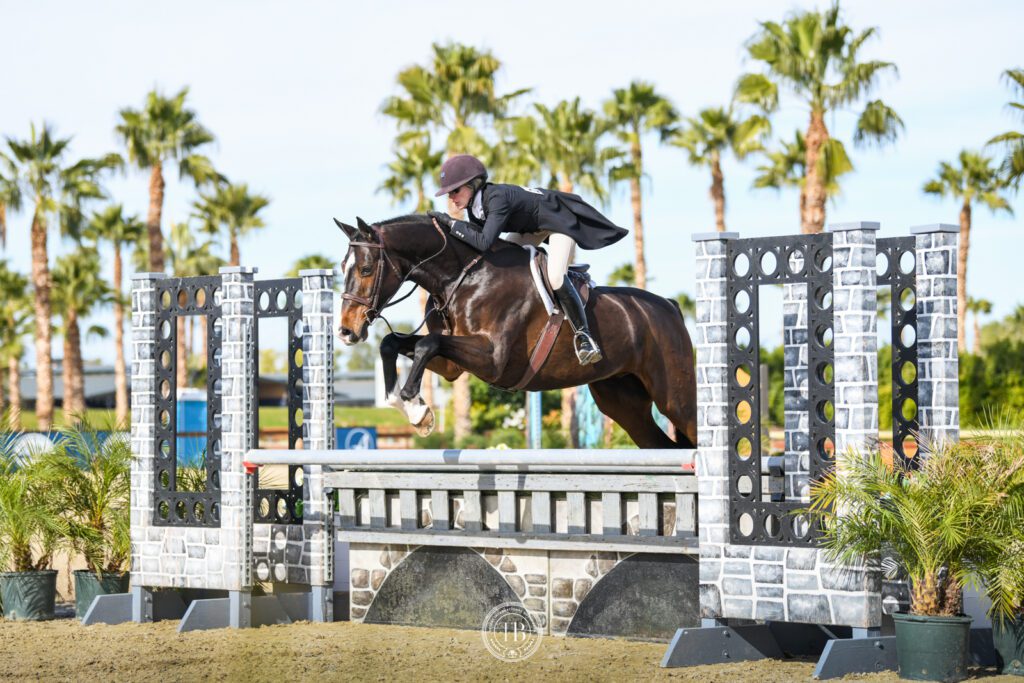 “It’s brand new!” she said of her relationship with the 8-year-old Holsteiner gelding. “He jumped for the first time in the United States during the [National] Sunshine Series so he was fresh off the plane from Europe. My best friend, Nick Haness, imported him for me and knew he would be a perfect fit for me and my customer. We started him in the Baby Green Hunters and he debuted in the 3’6” Green Hunters last week and was phenomenal. He came out swinging this week, won both incentive classes yesterday, and knocked this [derby] out of the park. He’s a very fast learner.”

Over the first-round track, Taylor earned a score of 90, taking the lead by six points heading into round two. She and Kona showed off their brilliance yet again, taking a handy-round score of 92 and the win, with a combined total score of 182. Alexis Taylor and Kona in their winning presentation. Photo by Tori Bilas

“He’s drop dead gorgeous, so when he came out I knew he had the right look,” Taylor said of Kona’s strengths. “He has a beautiful canter, a great rhythm, and you can ride him with a lot of leg; he’s not that sensitive. You can ride right up to the jumps and he backs himself up. He has an excellent front end with adorable white socks. He’s really scopey and really brave. He’s just game. He’s got a good brain.”

Second-place honors went to Noah Nelson and Johnny Rose, owned by Ali Nilforushan, on a score of 167, while Taylor followed behind in third with Yonitte Kinsella’s Magic Mike. “This is hands down my favorite place in the world,” Taylor remarked of DIHP. “I get to come down here and stay every year. Steve [Hankin] and the team have done an exceptional job putting the horses first and creating a place that is so horse friendly and safe and enjoyable. These rings rival anything in the world. It’s the best place to show.”

Desert Holiday III brings a quieter atmosphere, but all trainers, competitors, and spectators agree it’s a special environment to be a part of. “I love it because I’m doing all my green horses this week,” Taylor continued. “So it’s a really good week to get extra practice. I like that they change up the rings; I get to do my jumpers on the grass. And it’s a really nice show because we have time to work on horses and go at our own pace.” Hunters continue through the weekend as juniors and amateurs take to their respective divisions for championship honors and hunter classics.